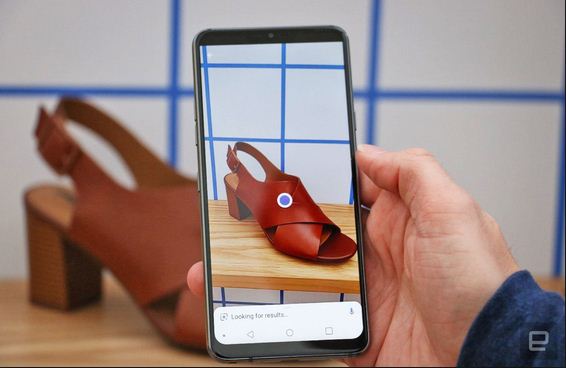 There is no doubting that 3D technology is innovative and exciting, but it’s not exactly new, is it? As a matter of fact, viewing films in 3D is quite a common occurrence nowadays, and the cost isn’t even that much higher than a standard viewing.

But ROKiT intends to change that viewpoint with their new line of mobile phones. There are five different devices within the range, of which two of these are equipped with 3D technology. ROKiT’s new line of phone uses—as Mashable puts it—“groundbreaking, stereoscopic, glasses-free 3D smartphone technology”.

The launch of the brand was a groundbreaking affair, and as with many aspiring smartphone brands, the company has attempted to draw in customers with its innovative features and low prices, both for its phones and its services. In fact, as explained by Cnet, they are using the well-established freemium model to entice the crowds, with offers that include 12 months of free ROK Talk and ROK Life Services. Once this offer runs out, the bundle is priced at $10 a month. Also included in the top bundles is a year of free telemedicine consultations, which could revolutionize the future of medicine and medical care.

The founders of ROKiT, John Paul DeJoria and Jonathan Kendrick, are not newcomers to the business worlds, with both being highly experienced in trading; DeJoria was a co-founder of the Patron Spirits company and John Paul Mitchell Systems, whilst Kendrick founded Yahoma Tires. The pair entertain the philosophy of “compassionate capitalism” by making less profit per unit with the intention of making it possible for those on lower incomes to experience modern technology and high-quality mobile phones. As DeJoria pointed out when on stage and presenting the new venture, “Success unshared is a failure.”

In regards to the price of the two 3D devices, the cheaper is valued at £140 and the “pro” version is £250—significantly cheaper than any modern iPhone or Samsung smartphone. The first announcement of the devices was made back in February, and all that was known back then was that they were going to have a glasses-free, 3D tech, but things have been relatively quiet since then. However, the phones are now available to preorder and a full list of specifications for reference has finally been made available by the company.

According to Expert Reviews, the phones boast of a number of impressive features, with the pro model offering a 64GB storage (with the potential to upgrade to 256GB), a front and rear camera, and an Octa-core MediaTek MT6763 processor.

The phone will be available without a SIM-card from Amazon and can also be purchased directly from the ROKiT website. The phones are using a similar setup and technology system to LG. All in all, it is fair to say that we can expect big things from these new devices and features—and who knows? Perhaps one day, all phones will come with 3D-enabled screens as standard.